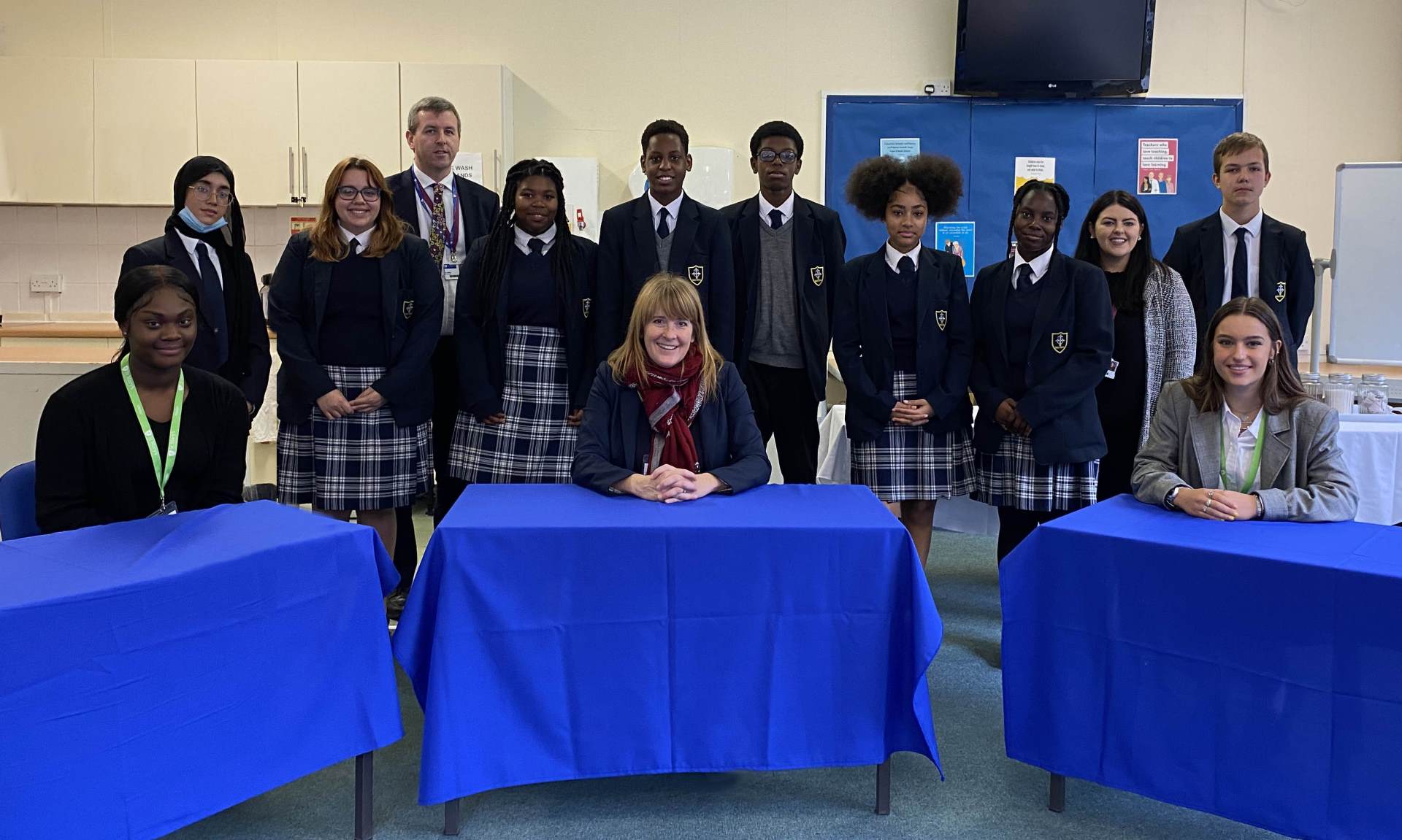 We were delighted once again to welcome our local MP, Sarah Jones, to St Mary’s this morning. Having been a great supporter of local schools since being elected to Parliament in 2017, Sarah is currently Shadow Minister of State for Police and Fire Service. She met with a group of senior students who were keen to talk to her about her role as the MP for Croydon Central. Sarah spoke about the importance of listening to the concerns of the local community in order to inform those directing the national agenda and, in light of the tragic death of David Amess, the importance of dealing with extremism and reducing the rise in online hatred as well as the physical intimidation of those who may have different views or beliefs.

Today’s visit to our school was made even more special as she was accompanied by a BBC team who were filming a feature for a forthcoming Politics London programme to be broadcast on Sunday 24th October.

The students, many of whom study GCSE Citizenship, were well prepared for Sarah’s visit, asking a full range of questions relating to both local and national issues. A number of students in the group are active members of the school’s student leadership team and were interested to listen to Sarah’s route to becoming an MP as well as being an increasingly active voice on local and national issues, including dealing with knife crime, housing conditions and safety – particularly for those living in high-rise blocks. Sarah was previously Shadow Minister of State for Housing.

In addition to our current students, two former senior students, Breea and Ana, were also invited to be included in Sarah Jones’ visit. Breea attends Bishop Thomas Grant Sixth Form and is applying to read PPE at Cambridge, while Ana, who attends Christ the King Sixth Form College, is currently running to be Youth Mayor of Lewisham. 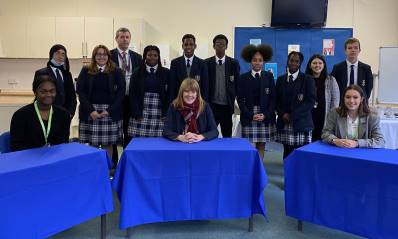 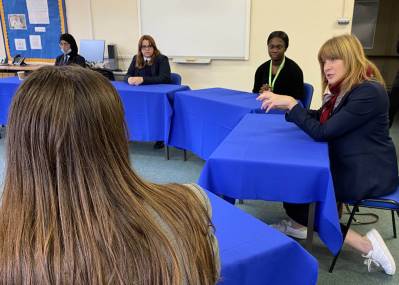 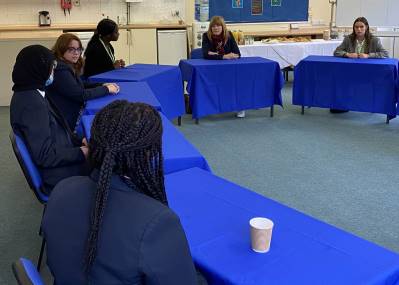 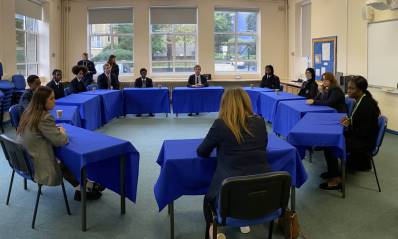 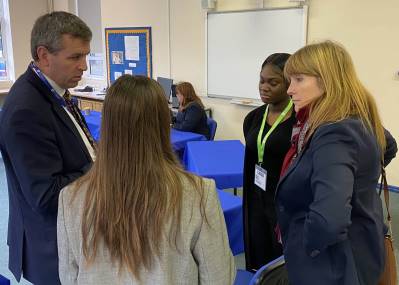 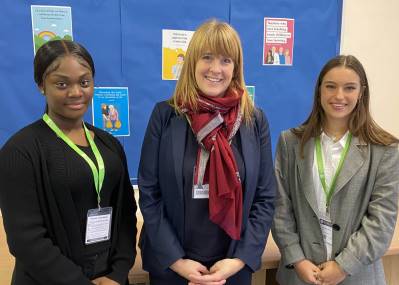